In a recent interview with David Sims for the Atlantic, Aaron Sorkin—the screenwriter behind cerebral TV shows like The West Wing and The Newsroom—talks about his newest endeavor, his stage adaptation of Harper Lee’s classic, To Kill a Mockingbird. Sorkin says, “I absolutely wanted Atticus to be a traditional protagonist, so he needed to change and have a flaw … It turned out that Harper Lee had [already] given him one; it’s just that when we all learned the book, it was taught as a virtue. It’s that Atticus believes that goodness can be found in everyone.”

That Sorkin sees this as a flaw makes, I suppose, for good theater, much in the same way that Shankar Vedantam discusses Americans’ partisan contemporary politics as a kind of hobby in the most recent episode of his NPR show, Hidden Brain. Who doesn’t love drama as entertainment! But at the root of the belief that there may not be goodness in the other lies a major problem: who gets to be the judge? Anyone deeming themselves as good? Anyone with enough demonstrably good deeds (e.g., several critically acclaimed TV shows) approved by some critical mass of other “good” people? For Sorkin, the answer seems to be individualistic. If I judge myself as good, I can judge another just as well.

The extremes on each side of every debate are convinced they’re fighting for the good. Abortion rights activists want women’s empowerment, corporeal autonomy, and healthcare access. “Right to life” advocates want to protect the sanctity of life, uplift babies and children, and prevent sexual promiscuity for the harm it can cause in people’s lives. Immigrant rights advocates want humane treatment, families to remain together, and mercy for victims of terrible systemic violence and persecution. Activists for immigration restrictions want to protect American interests including stable access to jobs, education, and healthcare, and to enable other countries to address their own political and economic crises. These are oversimplifications, but you get the idea—both can easily claim to be fighting for the “good.”

The definition of the term “good” is always culturally informed. What are our values? What values did we inherit—from our families, our friends, our communities, our claimed identities? Aaron Sorkin thinks he has goodness, but not everyone does. 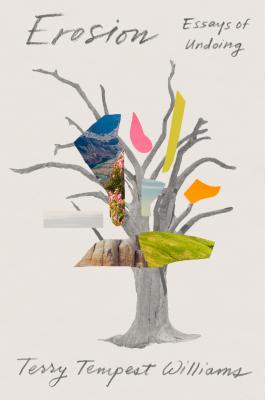 On the opposite end of the spectrum from Sorkin’s stance, I couldn’t stop thinking about this passage from page 216 of Terry Tempest Williams’s most recent essay collection, Erosion: Essays of Undoing: “I am thinking that the gunman, and every shooter who has entered a school, a shopping mall, a church, is not someone other than ourselves. I believe that whatever one human being is capable of doing, I am capable of doing also.”

This is radical—perhaps even more radical than Sorkin’s belief—but it’s extremely compelling to me. It compels empathy and, thus, mercy. And it staves off the kind of othering that Sorkin’s belief can lead to. (“There but for the grace of God go I.”) It compels us to do the work of understanding—where is this person, who I think is so unlike me, coming from? Had I experienced what they experienced, how would I feel and act differently than I currently do? Had I been born into their family and culture with their genes, been bullied at their school, been ostracized by their community, been listening to their preacher…?

I don’t know if I believe what Terry Tempest Williams believes, but I do believe that we cannot individually be the judge of another’s character as inherently good or bad. I believe we are all divine just as every glacier, every blooming Pasqueflower surviving winter, every ancient redwood, every fierce coyote, every globetrotting albatross, every whale fall, every round peach under grocery store fluorescence, every fossil, every newborn is divine.

This is not just my belief. It is a very ancient belief held by many cultures who have worked to honor their lands and all beings flourishing within them. And in order to listen to them, or anyone, we must first believe them worthy of speaking, and ourselves worthy of receiving such blessing.